Back to Corridor Management

Since its establishment in 2004, it has been RNE’s aim to harmonise the international railway business core processes used by Infrastructure Managers (IMs) and Allocation Bodies (ABs). In late 2005 RNE adopted a Corridor Management approach to promote RNE’s objectives and generate benefits on the main corridors carrying international rail traffic. By November 2015, all but one of the RNE Corridors had been replaced by Rail Freight Corridors (RFCs), with the last RNE Corridor being closed in August 2016. 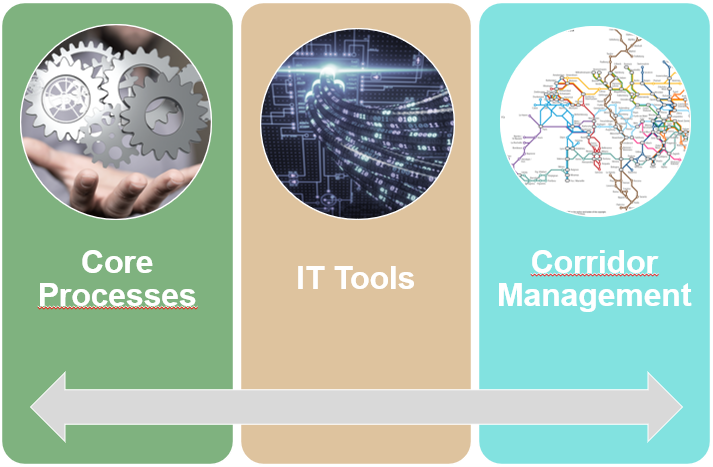 Since traffic does not usually start and end on an RFC exclusively, efficient and harmonised interfaces to the existing processes and tools of individual IMs and ABs participating in RFCs are needed. To achieve stronger harmonisation between the RFCs’ various implementation approaches, RNE provides a coordination platform for RFC organisations to jointly develop harmonised processes and tools, to the benefit of Applicants, as well as IMs and ABs that are part of several RFCs. 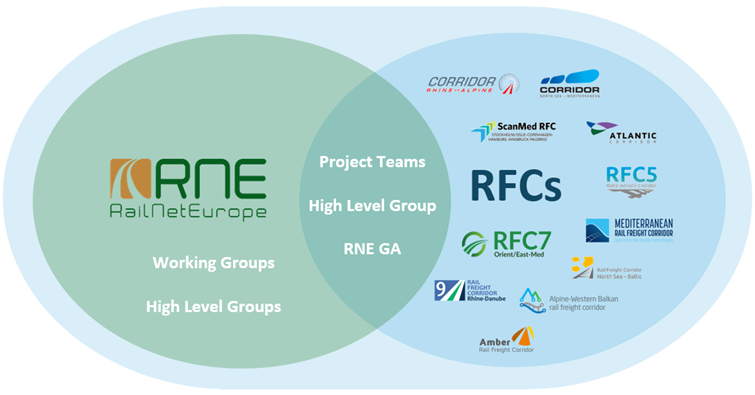 To increase the involvement of the RFCs in RNE, two significant steps were taken: Firstly, the High Level Group for RFCs (RFC HLG) was introduced and secondly, RFCs were invited to participate in the RNE General Assembly (GA). Furthermore, RNE also offered the RFCs the opportunity to apply for Associate Membership in the organisation to further strengthen cooperation.

Manage Cookie Consent
To provide the best experiences, we use technologies like cookies to store and/or access device information. Consenting to these technologies will allow us to process data such as browsing behavior or unique IDs on this site. Not consenting or withdrawing consent, may adversely affect certain features and functions.
Manage options Manage services Manage vendors Read more about these purposes
View preferences
{title} {title} {title}